Two Romanian teenagers have claimed that Andrew Tate and Tristian Tate allegedly approached them on social media when they were still in high school.

One of the teens, named Daria, said that she was just 16 years old when she received a private message on Instagram from an account that appeared to belong to Tate, who is 20 years older than her.

Daria said that her friends had also received messages from Tate, despite it being ‘obvious’ that they were in high school at the time.

“We had our high school in our bio and everything. I think he was just trying to find girls who were as innocent or naïve as possible, in my opinion,”

The message sent by Tate read ‘Romanian girl’ with a ‘flirty emoji’ of a strawberry.

Daria said “I was confused because I [only] had 200 followers, and it was a private account,”.

The influencer shared a video online to tell others his routine:

“In my experience, what raises intrigue [and] inspires them to respond [is]… I ask where they are…

“Sometimes [for] intrigue, I’ll put a completely pointless emoji on the end: some cherries, or an orange, or a strawberry.”

A second teen also claimed that she was just 17-years-old when the influencer’s brother, Tristian, messaged her. She later claimed to be 19. 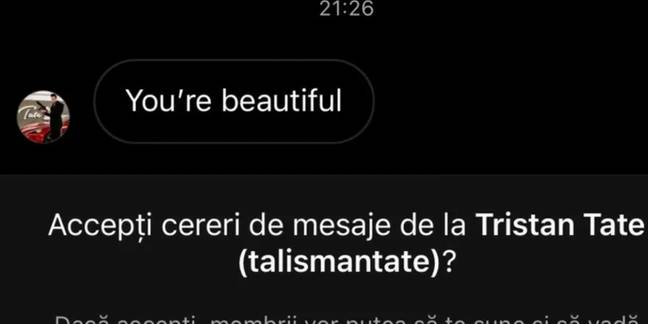 The teen, who used the name Gabriela, says she knows that he was using this same technique on other girls, as he had messaged her friends the exact same thing.

Tate allegedly added, in the video, that messaging ‘you’re beautiful’ isn’t a terrible opening but that there are better options – for example, asking “‘Why do I never see you? Where are you hiding?’ 99 percent of them say [they’re] not hiding.”

Gabriela’s messages followed this exact ‘formula’, with Tristian adding “Feel I’ve seen you around town before somewhere. Is that possible? Where have you been hiding?”. Gabriella responded “It is likely,”…”I didn’t hide.”

The teen also claimed to have refused invitations to his car and to a party that he allegedly invited her too.

The brothers are currently being held in Romania and are under investigation of allegations of rape and trafficking.

Beyoncé Fans use GoFundMe to Raise Money for Tour Tickets

Beyoncé Fans use GoFundMe to Raise Money for Tour Tickets

The BeyHive is buzzing with excitement as they gear up for Beyoncé's "Renaissance" tour, and they're going to great lengths to secure their tickets. Crowdfunding...
Read more