A self titled ‘time traveler from 2090’ claims that the worst hurricane in history is due in coming days.

Going by the name ‘Kim Windell Nocos’, they believe that the residents of South Carolina should be preparing for ‘the worst hurricane in history’. The user announced that it should hit later this month.

“On August 14 2022, the worst hurricane in history hits South Carolina this will be first ever category, 6 hurricanes with wind speeds of over 250mph know as ‘the first one’ it causes billions in damage and many people lose their lives. 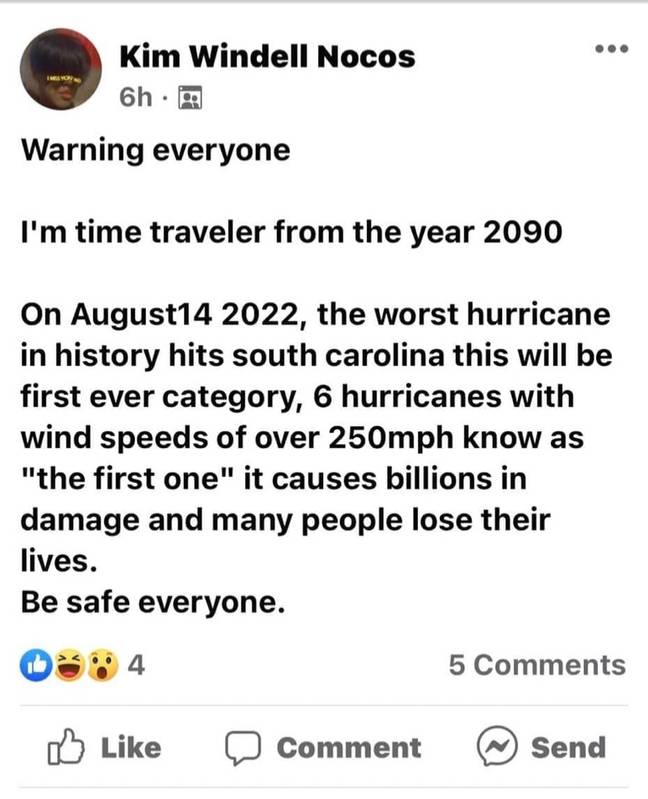 Considering the proximity to the date that this supposed insane storm is supposed to hit, the post has created some hysteria online.

“Finally someone that claims they are a time traveller making a prediction. If she’s right, I may change some of my scepticism about the subject of time travel.

“If what she says actually happens, I would be very sad for everyone. Sounds traumatic. On the other hand… if she’s right I’ll believe in time travel after that.”