The story, which went viral on Twitter, showed a man using the handle @HenpackedHal, who posted photos of a phone number written on a napkin, with two digits missing – along with the note ‘Trust me, i’m worth it’.

The caption read “My 22-year-old cousin met his dream girl at a bar and it’s going pretty well.” 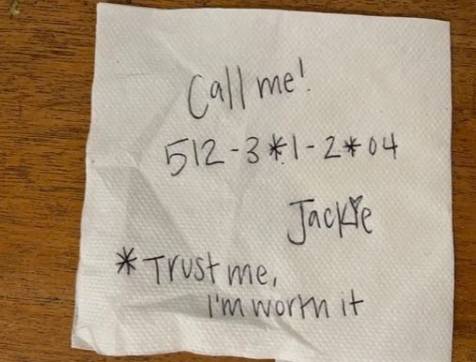 The Twitter user also posted a screenshot of a text message exchange, between himself and his cousin which read:

“I met my soulmate last night.”

“Did you get her number.” 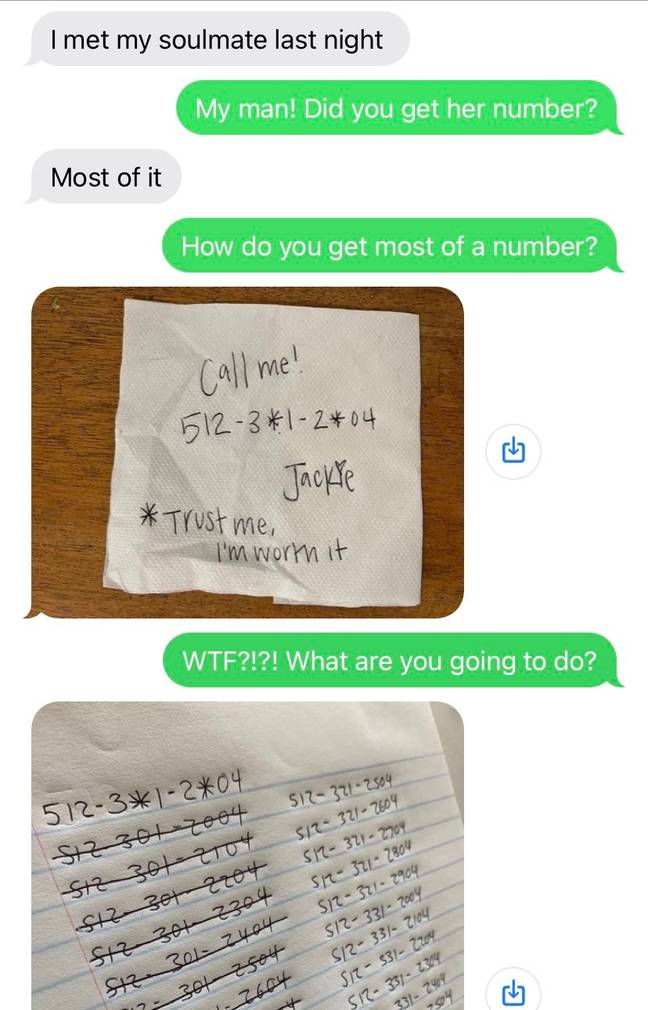 Sending a second photo, the cousin showed an extensive list of all the possible numbers that the woman could be the owner of…

My 22 year old cousin met his dream girl at a bar and it's going pretty well pic.twitter.com/ZrHB8rYuoV

At the time of writing, the tweet has over 783,000 likes and over 61,000 retweets. The internet decided to get behind this young man in order to help him find his ‘soulmate’.

Well, as it turns out, love stories really do have a happy ending because the woman behind the note has come forward.

Hal – the original owner of the tweet and our young Romeo’s cousin, posted a screenshot of a message he received from the mystery woman. It read:

“So you likely won’t see this, but I’m Jackie from the tweet!” 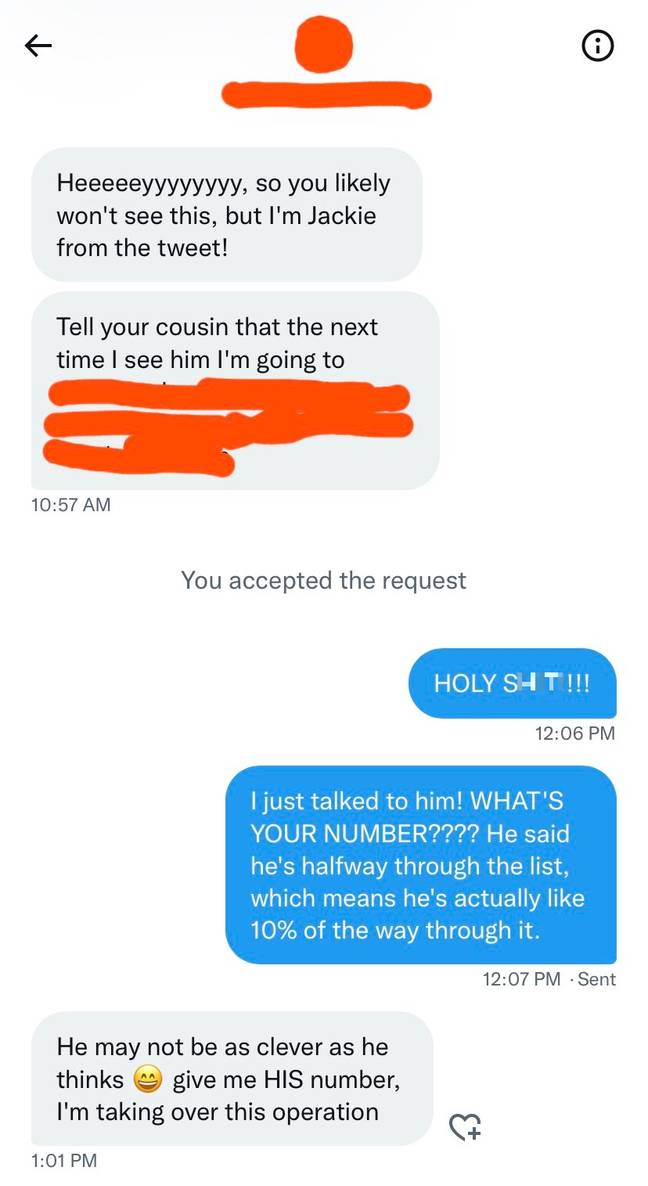 Many online adore this story and the original tweet has gone viral, with some responding:

“And it all started because of a napkin and pen.”

While others online were more skeptical, commenting that it was ‘obviously made up’ and ‘fake’.

Many even called out Jackie’s original note, calling her actions ‘cold’ and a ‘red flag’.

Cousin Hal shared some background details of the love story:

“For the people saying she’s arrogant, high maintenance or whatever: these kids talked for an hour about a shared interest in true crime, mysteries, etc.

“My cousin bragged that he always solves the case before the show ends (editor’s note: not this time). I think she’s awesome.”